More information about our management can be found here.
OK, I agree
Previous item

Appreciation from the King and Queen 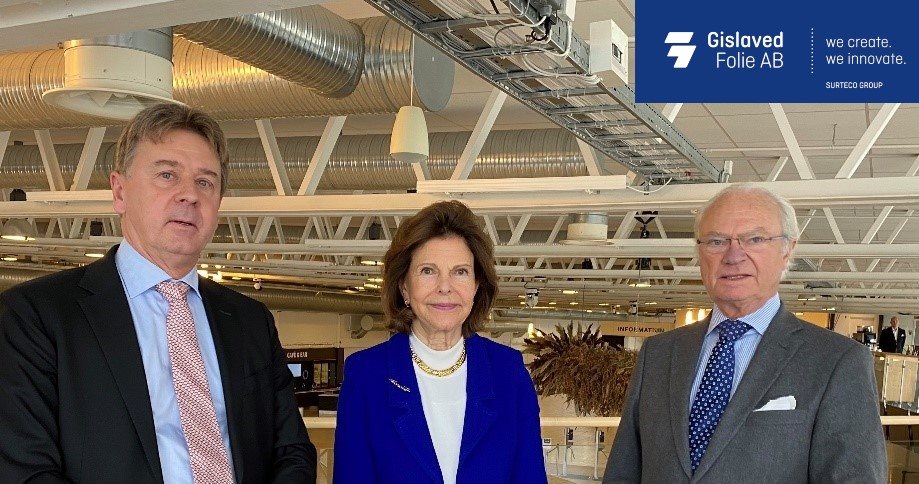 During a lunch at Elmia Konferens where the King, Queen, Governor of Jönköping County and other prominent guests participated, two Småland companies received appreciation for their work during the initial phase of the pandemic in 2020, a time when the impending lack of protective equipment risked paralysing health and social care in Sweden. The two companies were Gislaved Folie, represented by CEO Per Gustafsson, and Gnosjö Skärpfabrik, represented by Anders Jingmark

At the lunch, Per Gustafsson described to the whole company how Gislaved Folie succeeded in building production of gowns that went from 100,000 gowns sold on an annual basis to as much as 700,000 gowns in one month. An achievement that was only possible thanks to committed and competent employees!